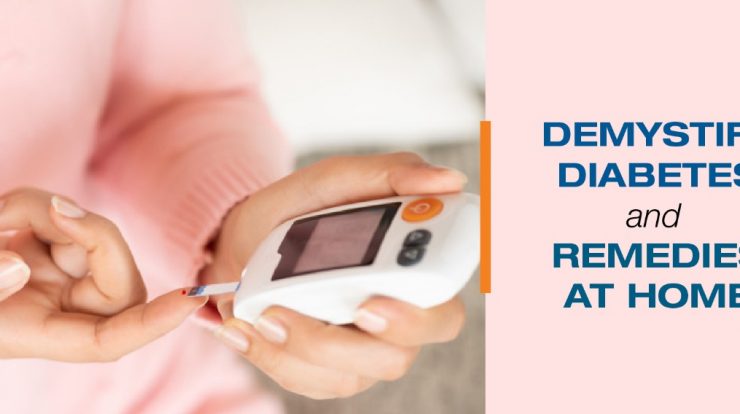 If doctors were asked what they believe is the 21st century version of the Black Plague that affected millions in Europe, they’d undoubtedly say it is Diabetes. Not merely in scale of affection, but also the risk of further complications, makes diabetes a dreaded albeit common disease affecting majorly the developed world, but also increasingly spreading to the developing nations as their lifestyles begin to alter and emulate the West.

As far as medical jargon and definitions can carry us, the clinical definition is ‘a group of metabolic disorders sharing the common underlying feature of hyperglycaemia, which is associated with different acute and chronic complications if uncontrolled.’ In simple terms, a patient is said to suffer from diabetes, when he is unable to metabolise the sugar he intakes, leading to excessive sugar floating around aimlessly in his bloodstream. Most commonly this is associated with human insulin, the hormone that helps metabolise sugars.

With the inherent human tendency to classify literally everything, Diabetes comes in several varieties, the two most common of which are:

Moreover, if this condition is not kept in check, it can lead to really bad stuff. How bad?

All of these complications are dreaded because of the extreme loss of body function that they bring with it. Ketoacidosis implies acidification of blood to formation and underutilisation of acidic ketone bodies, lactic acidosis is similar to ketoacidosis but acidification occurs in muscle tissue instead, leading to fatigue, retinopathy or cataract implies an irreversible loss in vision; neuropathy irreversibly damages certain important sensory or motor nerves; coronary artery disease denies the heart of much needed nourishment, predisposing to infarction; nephropathy leads to fibrosis and shrinkage of kidney and accumulation of body waste in blood.

As rational beings, we would want to lead a life free of complications and diabetic complications in particular. Hence for a diabetic, keeping his blood sugar under control is of utmost importance.

Before we discuss remedies, it is important to keep two things in mind:

The only and only governing principle behind controlling diabetes is keeping your blood sugar under check. This simple linear equation can be tweaked by a variety of factors, each of which you can incorporate to ease diabetes. Some of those are:

The holy grail of diabetic control is also possibly the most difficult burden of our generation. Working out seems great for the Brad Pitt look, but it has tremendous health benefits that are often overlooked for the aesthetic appeal they bring with them.

Like we’ve discussed before, diabetes is basically hyperglycemia and is thus exacerbated with increased sugar or carbohydrate intake.

Aquaman has his fair share of enemies, and diabetes isn’t one of them. Guess why?

Glucometers help you monitor blood sugar levels at home, so that when they get dangerously high, you can start medication or visit a doctor. Keeping a weekly log may also be beneficial.

5)    Get enough rest and reduce stress:

Poor sleeping habits have been linked to reduced insulin sensitivity and increased appetite both of which predispose to diabetes. Furthermore, sleep deprivation causes release of stress hormone Cortisol, which causes hyperglycemia. Other factors that cause stress should also be eliminated. Music, yoga or anything else that helps you relax can be explored.

High blood sugar and diabetes are associated with micronutrient deficiencies and need correction. In that regard, chromium is associated with carbohydrate intake and metabolism. Magnesium too, may play a vital role. Studies show that chromium intake through foods such as egg yolk, high bran cereals, nuts etc. has long term effects of keeping blood sugar levels optimum. Magnesium rich foods such as leafy greens, fish, bananas etc. should be tried.

Diabetes Mellitus is a bane on modern civilisation, due to reduced insulin sensitivity or production in the body that predisposes to hyperglycaemia and further complications. To add to that, the disease is incurable and thus needs to be controlled. Fortunately, besides medication, home remedies such as exercise, a low carbohydrate diet, hydration, proper sleep, etc. can go a long way in your quest to successfully conquer diabetes and lead a healthy life overall

This site uses Akismet to reduce spam. Learn how your comment data is processed.