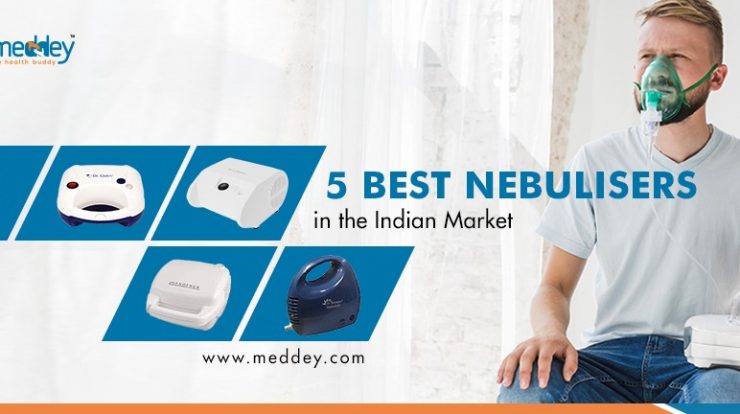 Modernisation in the country, be it the ever-increasing number of skyscrapers or factories, or the incessant rise in the number of vehicles on the road—all have been accumulating the problem of pollution as the amount of the constituents wreaking havoc keep exponentially increasing reason of lot of respiratory diseases. Many medical inventions like nebuliser machines, vaporisers, N95 pollutions masks etc can be helpful and must have in your home healthcare kit.

About the Nebuliser Machine

The rise of such toxins has made humans vigilant about the possible cataclysm of absolute lack of fresh air to breathe in the near future, which ultimately has led them to devise means that would mitigate this problem. In the meantime, humans have also invented devices that would temporarily ameliorate the worsening condition of the average human lung. With the increase in number of people suffering from COPD, asthma, or in the case of workers, cystic fibrosis, humans have found a way to improve their breathing attributes—and this is where a nebuliser comes into play.

People with such disorders have reported bronchial incompetency and therefore, have difficulty breathing the already prevalent toxic air. In layman terms, such individuals have narrow bronchial passages that disallow normal flow of air for regular breathing and respiration, or in simpler terms, these narrowing lung passages prevent normal air flow, thereby rendering such people prone to asphyxia-like conditions, or worse. Essentially, a nebuliser is a device that contains medications used to broaden these tracheal passages; these medications are generally present in aerosol form, or mixed with oxygen under high pressure, that help in more efficient travel of such medicines in order to provide quicker relief to such subjects.

If one is in the quest for such nebuliser, there are quite a lot of products available in the market. However, in no particular order, the following are one of the best nebulisers money can buy in India.

Convenience and compactness are possibly one of the quintessential requirements when product requirements are taken into consideration. The Dr Odin Piston Compressor Nebuliser Machine is possibly the most suited instrument for such a deed, especially for those sections of the customer base who are scouting for a product that can be used on-the-go. It also provides a great value for money proposition, only adding to the reasons why this product is so desirable.

The Dr Odin Piston Compressor Nebuliser Machine also comes with a 2-year old warranty, only adding to reason to make this product purchasable. It also explains why this product is widely used across most clinics. It comes with an instruction manual, which one should read in order to understand cleaning techniques and other details that would eventually help in increasing product longevity.

It is an established fact that one of the most exasperating aspects of winter is a running nose, other than the very pestering lower respiratory tract congestion—these are possibly what makes winters a terrible fit for some. This is where the AccuSure SL Nebuliser Machine comes into play, for its perfect balance of functionality and ergonomics makes it one of the most effective devices one can use to tackle respiratory errors.

As stated earlier, a nebuliser works by pushing one’s medication through aerosol form, that helps in quicker travel. Considering how the inhalation medications have a great deal of bioavailability, this nebuliser is particularly useful in ensuring even faster and more efficient transfer of drug to the affected area. With the rise of the concept of modernisation in various cities in the city, especially the “Tier two” cities and small towns, this seems to be one of the best solutions for ones suffering from respiratory distress.

Treating all kinds of respiratory distressed as well as congestion, the  Handynab Nulife Pistontype Compressor Nebuliser Machine comes with an instruction manual that guides one through the installation processes as well as certain precautions. Considering the potency of the device, it is important to use this as and how it has been prescribed by the physician.

Possibly one of the most compact nebulisers in the market right now, the AccuSure Mesh Nebuliser Machine is ergonomically designed keeping in mind the modern human who does not have too much breathing space (pun intended?) for rest. It has been designed with near perfection to suit the needs of a multitude of individuals, adults and children alike. The AccuSure Mesh Nebuliser Machine is by far one of the most desirable products because of its versatility, both in design and function. Mesh-based nebulisation combines a superfine mesh with ultrasonic vibrations to create extremely minute particles that help in delivering the medicine right into the lungs and not just till the airway. This will further transfer by inhalation treatment using masks or mouthpieces to patients’ respiratory system, thereby increasing efficiency, and to a great extent, potency.

With a mist-balance technology, the AccuSure Mesh Nebuliser Machine is by far one of the most efficient products when it comes to transferring medication to one’s tracheal system, ensuring the least amount of discomfort. Additionally, it comes with a few precautions one must bear in mind—this is where the instruction manual comes in handy.

The onset of winter marks lower temperatures, more pleasant mornings and afternoons, and a good (or unhealthy?) mix of viral infections. On one hand, winters are cherished by a certain section of the crowd, it also brings along with it a multitude of complications, especially in aerosol form—nasal and tracheal congestion, breathing issues and suffocation is a common sight that some people suffer from. The Dr. Morepen CN 10 Nebuliser Machine  (Blue) is one such device that aids in abatement of such complications, thereby helping one breathe easily.

The Dr. Morepen CN 10 Nebuliser Machine  (Blue) thus proves to be one of the most desired products in the market, which is further proven by how ubiquitous this product is in clinics and hospitals alike. The Dr. Morepen CN 10 Nebuliser Machine  (Blue) comes with a rather detailed instruction manual, that one is asked to read thoroughly before using this product, for its potency requires a good deal of precautions and careful handling

Respiratory distress, much like diabetes, is one of the most dreaded disorders prevalent in humankind in the modern world, not because of the lack of medication per se, but more so due to the fact that it is a rather long-lasting one that tends to span its level of discomfort across a wide spectrum of time. Considering how respiratory distresses are difficult to eliminate entirely, these devices mostly help in improving those conditions rather than tackle the disease entirely. Making lifestyle changes can go a long way in treating such distresses without medication, but in case one needs ailment, these products are one’s best bet.

This site uses Akismet to reduce spam. Learn how your comment data is processed.